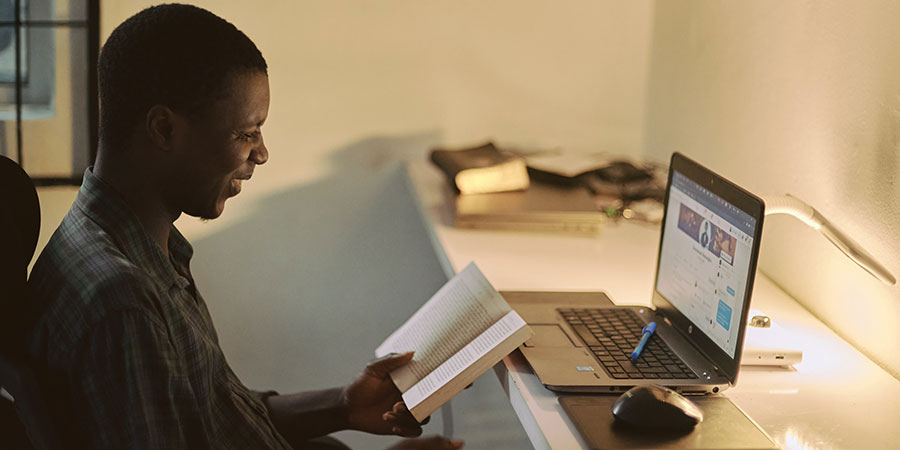 Uganda’s President Yoweri Kaguta Museveni is calling upon Africans to preserve their indigenous languages by writing books because they are much richer than European languages.

According to Museveni, the Bantu dialects and other African languages are much richer and more endowed than the European languages.

“Our dialects and other African languages are much richer than the European languages, unfortunately, most of these dialects were not written down. With limited writing and elders dying, I joined some linguists from Makerere University to write a thesaurus of Runyankole-Rukiga (katondozi). Omugurusi karwemera was a great source of information in writing this book. We shall forever be grateful,’” he twitted

Museveni said that mother tongues have a potentially great future if we could get more linguistic patriots to sensitise the population about the importance of the African rich culture.

However, scholars estimate that anywhere from 700 to 3,000 different languages are spoken on the African continent. Of these, hundreds are considered endangered by linguists; many have already disappeared with little fanfare. But recent events demonstrate that a number of innovative initiatives are underway to promote the use of many lesser-known languages throughout Africa.

The major languages such as Dinka and Bari, which are spoken by 1.5 million and 800,000 people respectively, each have very little written in them. As a result, there is no tradition of written literature or journalism.

As a recent example, the Pan South African Language Board last week started work on the production of a siSwati language dictionary. Experts say the project will give much-needed assistance to teachers of the language; the project includes plans to create a system of mathematical notations in siSwati. MacMillan Publishers are helping to underwrite the program.

Meanwhile, in Kenya, a new television station has been launched to serve the Rift Valley region, home to the Maasai, Samburu, Pokot, and several other indigenous groups.

Another innovative effort in South Africa sees the translation and creation of business software into many of the country’s native languages. The Zuza Software Foundation is hiring specialists to translate Linux into Zulu and Xhosa, with plans for translations in nine other languages. Desktop applications are already available in Zulu, Xhosa, and Venda. The foundation’s goal is to make it easier for local businesses to use and modify software programs, removing the necessity of learning English in order to use a computer. Project planners hope that the translations will also stimulate greater pride and interest in African languages.

Philosophers and linguists argue that the languages that are rapidly disappearing may hold wisdom and information that will be – much like the genetic or medicinal treasures lost when species become extinct – irretrievable. Indigenous communities’ ability to transmit their cultural heritage and traditional knowledge hinges to a great extent on the health of their language. These new projects offer a measure of hope that the use of some of these rich but lesser-used African tongues will be sustained and perhaps expanded, in years to come.

In Africa, many young people are forced to seek work in cities where more common languages such as Swahili, Hausa, or Amharic are spoken. They learn these languages in order to survive, often at the expense of their first, lesser-known tongues.